History in pictures in words in charity 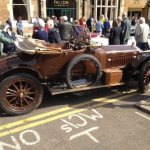 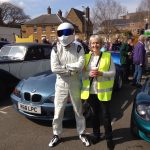 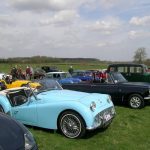 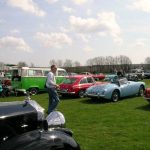 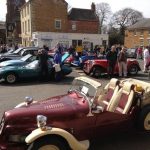 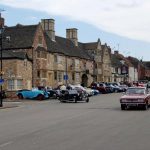 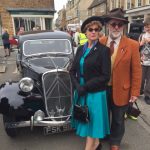 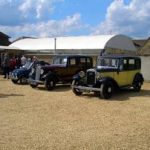 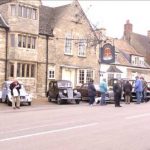 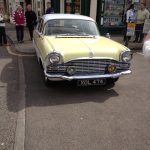 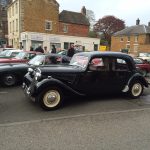 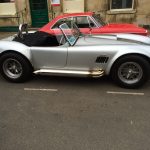 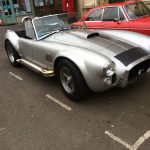 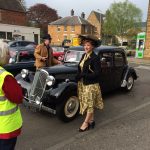 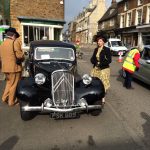 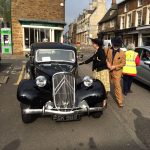 During the run we raise money for charity with donations being made by sponsers, venues, clubs and the general public. Some of the money raised over the years is outlined below.

With spring dragging her legs and showing little sign of ‘strutting’ her stuff since the start of the season, we were on our knees morning and night praying that she would look kindly on us for the 6th Year of the Stilton Cheese Classic Vehicle Run.  We need not have worried, for the day arrived with sunshine on it’s arm although the clouds would scurry around to try and knock her off.

Since November 2012, entries were coming through the letter box 3 or 4 at a time to get us cracking again.  We were a trifle late with sending details out for the 2013 run, but nevertheless, our followers were never going to let us down despite the fact that Jim had inadvertently sent the 2012 entry form out by mistake.  But this was soon rectified and we were up to 40 entries by Christmas.

Although some of our gallant regulars were unable to come for other reasons, these places were soon taken up by newcomers. We currently have a data base of 600 vehicles

Then came the worries about, first the Seaton to Harringworth road being blocked, so we had to revise the route details and map to reflect this closure, then secondly, the A43 being blocked for road works also.  We were inundated with phone calls, so off we went a couple of Sundays before the event to check it out.  In any event, after phone calls to Highways, we were told that neither road would be blocked so we were not affected at all. Because from New Lodge Farm, although you could not turn left towards Corby, we were crossing the A43 to the village of Bulwick.

Finally, the 21st April dawned and we arrived to a very warm and sunny market square in Uppingham at 9 a.m. to find a dozen or so cars already parked up in the Market Square.

In the room set aside for us, we found it full of our Stilton crowd having coffee, which the hotel had arranged  for us at, a small charge. Many others opted for a full English breakfast

Finally, our tables were set up   TABLE ONE for 001 – 099 / TABLE TWO for 100 – 200 and TABLE THREE for 201 – 300 and Late Entries. By 9:15 Tony and Lynn had arrived shortly followed by Dave and Linda who gallantly manned tables one and two with Joy and myself looking after table three.  Although we had stipulated that late entrants should not arrive before 11:00, some, of course, ignored this and arrived a 9:00 a.m.

At the same time, the square, the main street and the school Quad were soon occupied by cars of every era with Ron Simpson from Uppingham and his merry team of volunteers busy directing the various cars to suitable parking areas. As a surprise addition we had invited “The Stig” to come along and raise money for both his charity, Hearing Dogs for the Deaf and of course the Air Ambulance.

By 10 00 a.m. some of the early arrivals were beginning to move off to explore either the Barrowden or Cottingham and Rockingham Castle routes and back to Harringworth, or now that the road was open, they could use both of these routes before heading to New Lodge Farm Shop.

On arrival at the farm shop they found Simon and his team slaving over a hot pig or serving teas, coffee and cakes etc. Sarah on the other hand was nursing an injured knee following an operation the previous day. Some people will do anything to take it easy so it was no surprise to see her lounging around on the settees displaying her bandages and barking orders to the girls.

By 11:30 the majority of the cars had arrived and were lined up on the field in four rows as far as the eyes could see. Picnic tables and blankets were being placed in readiness for their feast and rest before setting off for the final leg of the journey through Oundle and onto The Bell at Stilton. Once again “The Stig” and his faithful companion were busy being photographed, with the owners cars at, £1.00 a go.

By 2:30 most of the cars were on their way to Stilton and looking for parking places for their cars and seats for themselves. Fortunately the Bell has plenty of rooms and tables together with generous outdoor seating. When Joy and I arrived, without incident, someone was just driving off leaving a space outside the main entrance. I couldn’t have timed it better.

Jo, the Manager was her usual busy self running here there and everywhere making sure that meals, snacks and liquid refreshments were being served as efficiently as ever, no wonder she is so slim. Liam, the owner of The Bell, had hoped that the Parish Council would have put up the Banners and Flags that they use for the Cheese Rolling, scheduled for the following week end, but they were nervous of them being blown down in the meantime..

All in all, “the day went without hitch” we thought as we were leaving, very tired, to go home. However, just a mile or two up the road, a close friend of ours was with a chap had broken down by loosing a wheel from his Triumph TR6.  We stopped in case there was anything we could do, but as everything was in hand we continued homeward bound. At least the Lomax is designed to run on three wheels.

This year has seen yet another very successful run as confirmed by the number of emails we have received. Also a letter from a late entrant, whose original entry form was lost in the post, requesting an entry form for next years run, so that he can have a low number. Needless to say, he has been given 001. Only 299 more to go.

As far as the charities go we raised £1,605. Mary and Angela from the NWAA raised £86, Chris from the Cambridge AA raised £35, the Stig donated £35 and Simon and Sarah from New Lodge Farm donated a further £100 making a grand total of £1,861. Our thanks go to all concerned.

We have subsequently arranged for an end of season Hog Roast and picnic at New Lodge Farm on September 15th if anyone is interested please let us know.

This is off canvas menu widget area. To enable it add some widgets into Appearance – Widgets – Menu Section, and go to Customizer – Main menu to set the icon position.